Edgar Allan Poe knew a lot about failing. His life and writing career were wrought with perfect examples of how not to make friends or influence people. Yet he remains one of the most prolific and influential American authors.

How could this be?

Author Catherine Baab-Muguira did the work to find out. The Columbia native and 2004 University of South Carolina English graduate spent four years researching Poe’s life and career and along the way found the strength to overcome one of the darkest periods in her own life.

Trudging through Poe’s inner demons — and her own — paid off. Her new book, Poe for Your Problems: Uncommon Advice from History’s Least Likely Self-Help Guru, was published in September. What started as a viral online article for The Millions in 2017 grew into an easy to follow, if somewhat counterintuitive, system for harnessing one’s own inner darkness to take on the world — or just get out of bed.

We talked with Baab-Muguira to find out how she went from feeling defeated as a writer to publishing her first book through the power of Poe-sitive thinking.

Stop looking for models of perfect living. Instead, embrace a brilliant visionary of terrible decisions to guide you to an epic life.

Poe Tip 1 from Poe for Your Problems

When did you first realize that you wanted to be a writer?

I’ve pretty much always wanted to be a writer. I can remember saying as much to myself when I was about 8 years old. I started keeping a journal and attempting my own versions of Sweet Valley High.

What made you want to write a self-help book?

Mine’s not really a straightforward self-help title, more of a satire. While I don’t hate the genre, I think it needs reform — reform through mockery. The whole self-help culture of “Pull yourself up by your bootstraps” and “If you’re unhappy, it’s because of your mindset” and awful #girlboss-ery is just so tired. And at the same time, it ignores many people’s very real socioeconomic struggles. Poe’s life is such a fantastic model of doing everything the "wrong way" and succeeding because of your dire personal flaws, so he was the perfect fit for a satire that’s also earnest and serious.

Why choose Poe as your inspiration?

I hadn’t read Poe since I was a kid when, in 2016, I fell into a terrible depression. I couldn’t eat or sleep. I had to take mental health leave from work. And some intuition led me to get Poe off the shelf. To reread him as an adult was a revelatory experience. You realize those goth torture stories are really metaphors for depression and despair.

What are some of Poe’s failures?

Poe got into gambling debt at the University of Virginia and had to leave school. Later, he was kicked out of West Point. Many of his relationships failed or fell away because he misbehaved. He blew up his own spot in the literary world by writing nasty profiles of fellow writers. He was essentially fired from several jobs. He embarrassed himself by drinking too much on many occasions.

Why do you think Poe’s works are still so popular nearly 200 years later?

Because of his poverty and desperate need for cash, Poe wrote expressly for the market, in commercial genres and, to the extent he could, in a commercial style. He was forced to care about pleasing readers — and to this day, he pleases readers. His example suggests that catering to the literary marketplace can be a good move, a bid for lasting success. We tend to associate artistic success with integrity, refusal to compromise and artists caring only about their own vision. Poe’s career ran counter to such ideas, which is one reason it’s so interesting and enlightening to study him closely.

How have the lessons you discuss in Poe for Your Problems benefited you?

In the introduction to the book, I list the most important Poe Tip in the entire book: “Stop looking for models of perfect living. Instead, embrace a brilliant visionary of terrible decisions to guide you to an epic life.” Doing this in my own life helped me achieve my writing dreams. At a moment when I felt horribly down about my career prospects and was too depressed to eat or sleep, I embraced Poe as a literary model. This helped me finally get a book deal, and years later, here I am contributing to publications that used to ignore me. He changed my life, and I’m convinced he could change other people’s, too, no matter how different their goals might be. I really do believe he makes a great hero and model.

Poe’s life is such a fantastic model of doing everything the ‘wrong way’ and succeeding because of your dire personal flaws.

What about your own experiences with failure? What challenges have you pushed through to get where you are today?

After I graduated from UofSC, I got rejected from every MFA program I applied to. There are a lot of jobs I’ve applied to and not gotten and interviews I’ve screwed up horribly that I cringe to recall even now. I’ve received many, many rejections for creative work and endlessly sent pitches that never found a home. I wrote three novels without being able to sell any of them. They’re mothballed in old computers now, never to see the light of day. This book was rejected by many publishers before Hachette bought it.

What does success mean to you? What’s your definition of success?

It was a huge struggle to land a Big 5 publishing deal. I wrote a post about that, which ended up being so widely circulated that it was covered in Poets & Writers magazine in its September 2021 issue. In a more general sense, while I’ve realized now that I’ll probably never be a great writer, the kind who lands on a college syllabus, it’s still my goal to be one. I know I will fall short in that attempt, probably embarrassingly far short, but I hope to get as close as I possibly can, whatever that ends up looking like. I want to fail well. 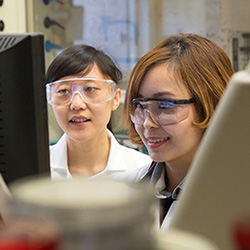