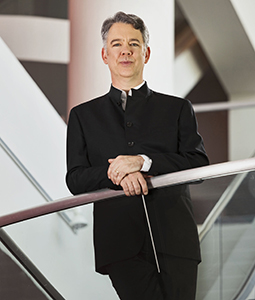 Dr. Weiss’s graduate conducting studio at the University of South Carolina is an international draw for talented young conductors. Former students include the winner of the 2019 Lipinsky International Conducting Competition (Professional Division), the winner of the 2018 Bucharest Music Institute International Conducting Competition, and the winner of the 2016 Danube International Conducting Competition; and graduates of his program hold major conducting and academic positions around the world. Dr. Weiss is frequently invited to conduct performances and teach masterclasses at leading music schools and conservatoires around the world, including the Sydney Conservatorium of Music, the Central Conservatory of Music (Beijing), the Shanghai Conservatory of Music, and the University of Western Australia. In the summer, Dr. Weiss teaches alongside British conductor Neil Thomson at the Los Angeles Conducting Workshop.

Weiss has recorded several critically-acclaimed CD’s on the Naxos and Summit Records labels. A passionate advocate of new music, he has commissioned and premiered dozens of works by many of today’s leading composers, including Jennifer Higdon, Zhou Long, Nico Muhly, Joseph Schwanter, and William Bolcom.

Scott and his wife, Teah, reside in Columbia and are the proud parents of their son, John, a junior chemical engineering major in the Honors College at USC. In addition to teaching and conducting, Scott enjoys traveling, surfing, and playing golf.

Challenge the conventional. Create the exceptional. No Limits.