Spanish has become the second language of the U.S., with more than 20 million of the country’s residents speaking it in their everyday lives. Our Spanish major prepares students with a working proficiency in practical communicative skills in Spanish and familiarity with the cultures in which it is spoken.

As a Spanish major, you will learn to think critically and express yourself effectively in standard Spanish. You will also gain knowledge of the major literary periods, movements and writers of Spanish and Spanish-American literature, culture and civilization. With small class sizes and all courses taught in Spanish, you will engage in intense communicative interactions with your professors. You may also choose to study abroad in a Spanish-speaking country to strengthen your skills and enhance your academic experience.

B B.A. in Spanish

The Spanish program is part of the Department of Languages, Literatures and Cultures in the College of Arts and Sciences. The department focuses on the teaching of foreign languages, their associated literature and global culture. You will learn from native speakers, benefit from innovative Web-based programs that let you interact directly with peers in other countries, and study with professors who have written the books you use in courses.

Typical courses required for the bachelor of arts in Spanish include:

Our Office of Undergraduate Admissions provides the most current information on the application process so you can check the requirements based on your current status and find university scholarships.

The Spanish program in the College of Arts and Sciences offers a master's and Ph.D. in Spanish.

Application information for this degree is available through The Graduate School.

Application information for this degree is available through The Graduate School.

Learn more about The Graduate School, degree options and how to apply for admission to doctoral, master’s, certificate and combination degree programs at South Carolina.

5The U.S. is the fifth-largest Spanish-speaking country in the world.

A major in Spanish can prepare you for careers in:

VIEW ALL AREAS OF STUDY » 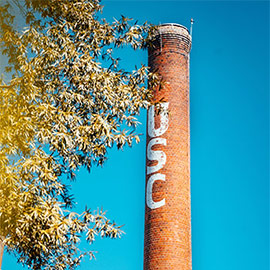 Check out what makes South Carolina so great, and learn more about topics like enrollment, academics and student services. Plan a visit and get your future started here.